Sometimes a film hinges on just one good idea. Discovery knew this was going to be a massive hit, so commissioned a big budget ending. After her death the tomb raiders purposefully smashed Nefertiti’s mouth so she would never be able to answer the call and be summoned into the afterlife.

I proposed it would be great if that honour was bestowed back to Nefertiti so I devised a sequence where history was played in reverse, with Nefertiti riding back in time to her final resting place. This involved using a lot of the sets already built, some model work and phenomenal CGI creating the sphinxes and pyramids rising up out of the desert.

Nefertiti Resurrected achieved one of Discovery’s highest-ever global ratings. The quest for the lost mummy of Egypt’s most enigmatic queen also became one of their most discussed and controversial films. SFX was nominated for an Emmy. 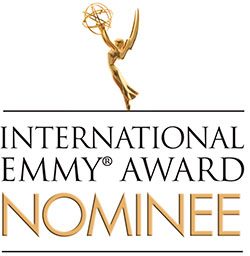 Nefertiti Resurrected achieved one of Discovery’s highest-ever global ratings. The quest for the lost mummy of Egypt’s most enigmatic queen also became one of their most discussed and controversial films. SFX was nominated for an Emmy.

Nuclear Secrets: The Spy From Moscow

Frontier: The Fight For The Amazon

Days That Shook The World

This website uses cookies to improve your experience while you navigate through the website. Out of these, the cookies that are categorized as necessary are stored on your browser as they are essential for the working of basic functionalities of the website. We also use third-party cookies that help us analyze and understand how you use this website. These cookies will be stored in your browser only with your consent. You also have the option to opt-out of these cookies. But opting out of some of these cookies may affect your browsing experience.
Necessary Always Enabled
Necessary cookies are absolutely essential for the website to function properly. This category only includes cookies that ensures basic functionalities and security features of the website. These cookies do not store any personal information.
Non-necessary
Any cookies that may not be particularly necessary for the website to function and is used specifically to collect user personal data via analytics, ads, other embedded contents are termed as non-necessary cookies. We use Google Analytics tracking to allow us to better understand the kind of people who visit the website and what content they’re reading. This allows use to make better decisions about content and offers. For more information read our Cookie Policy
Functional
Functional cookies help to perform certain functionalities like sharing the content of the website on social media platforms, collect feedbacks, and other third-party features.
Performance
Performance cookies are used to understand and analyze the key performance indexes of the website which helps in delivering a better user experience for the visitors.
Analytics
Analytical cookies are used to understand how visitors interact with the website. These cookies help provide information on metrics the number of visitors, bounce rate, traffic source, etc.
Advertisement
Advertisement cookies are used to provide visitors with relevant ads and marketing campaigns. These cookies track visitors across websites and collect information to provide customized ads.
Others
Other uncategorized cookies are those that are being analyzed and have not been classified into a category as yet.
SAVE & ACCEPT
Powered by